Discus Throw: To Wind or Not To Wind

Most elite discus throwers wind the disc as far back as they can at the beginning of the throw. For example… 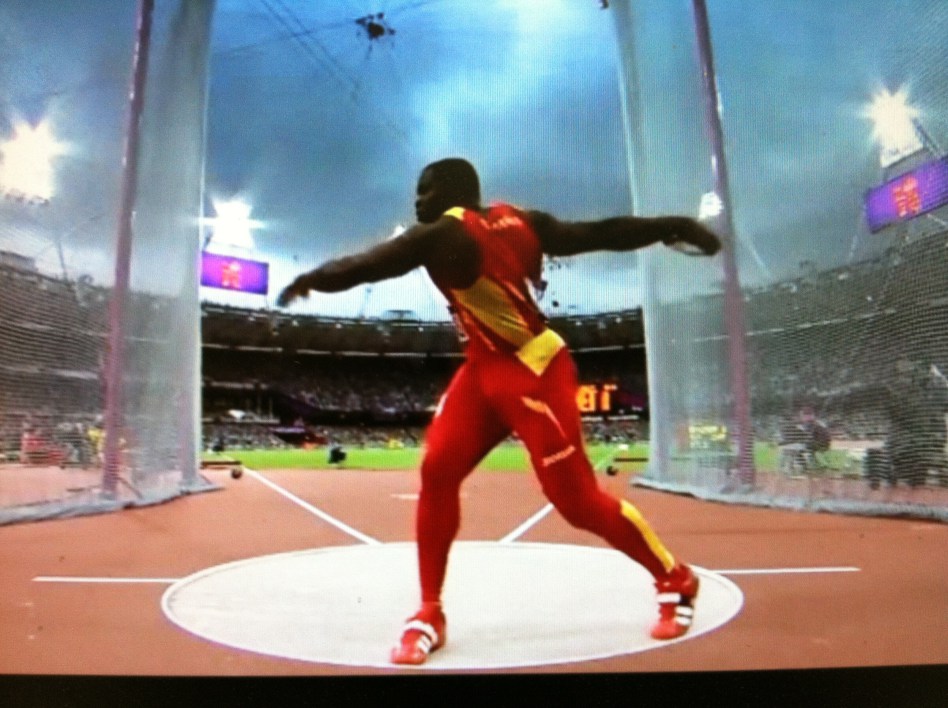 Notice that each of these athletes has turned his/her hips to the right in order to increase the length of their wind.

Why is a long wind desirable? Well, physics says that we can best accelerate an object by applying force over a long path, and an exaggerated wind lengthens the path over which the discus is accelerated.

Also, there seems to be an element of rhythm involved here. Turning the hips to the right before sitting and shifting them back to the left just feels “right” to many discus throwers, the same way that rising and settling at the back of the ring as they begin the throw feels “right” to glide shot putters.

And feeling relaxed and in rhythm is vital to anyone attempting to throw a discus far.

Also vital, though, is that a discus thrower unwinds successfully.

The thrower must transition from the farthest point of their wind… 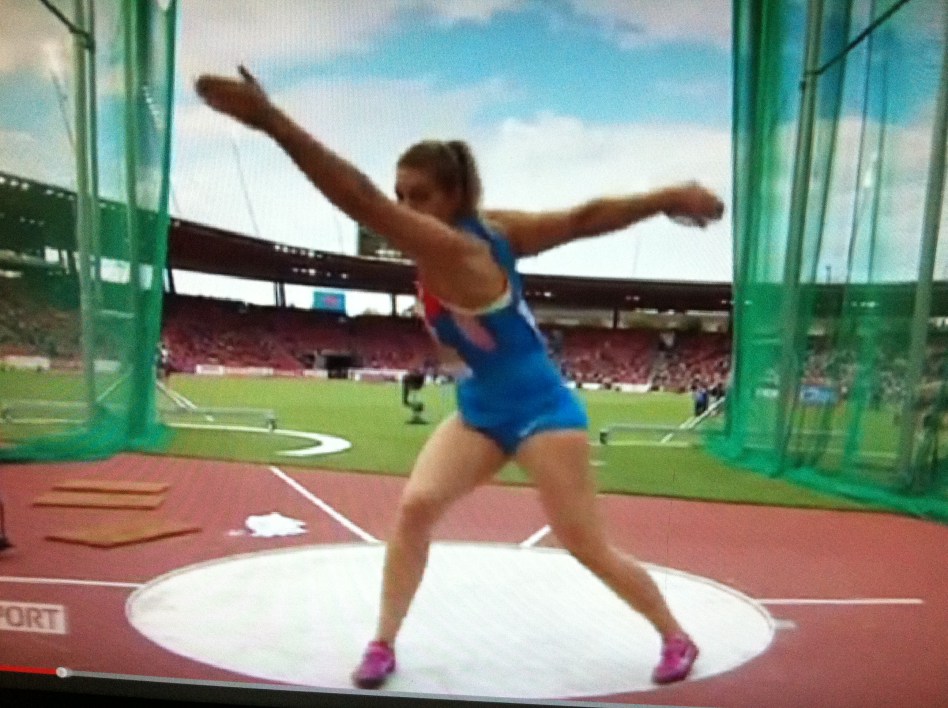 …to a position that sets them up for a successful sprint across the ring: 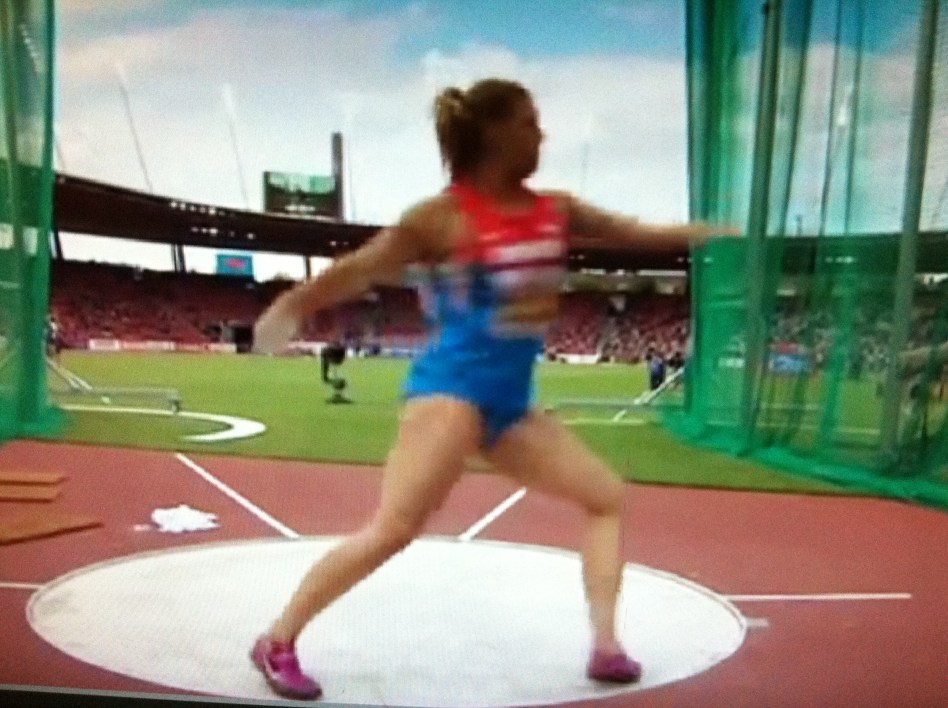 Notice that Sandra has shifted her weight way left while maintaining an upright posture and keeping the disc far behind.
From here she can aggressively run the ring… 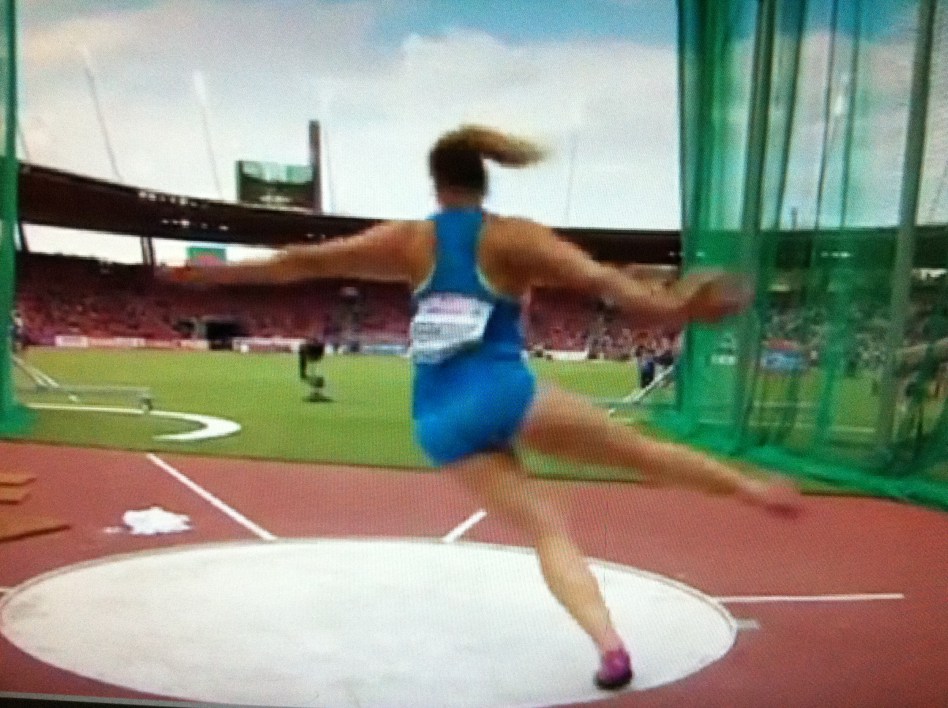 …and knock the crap out of it at the front, her tall, perfectly balanced position allowing all of the force she generated during her sprint through the ring to transfer to the implement. 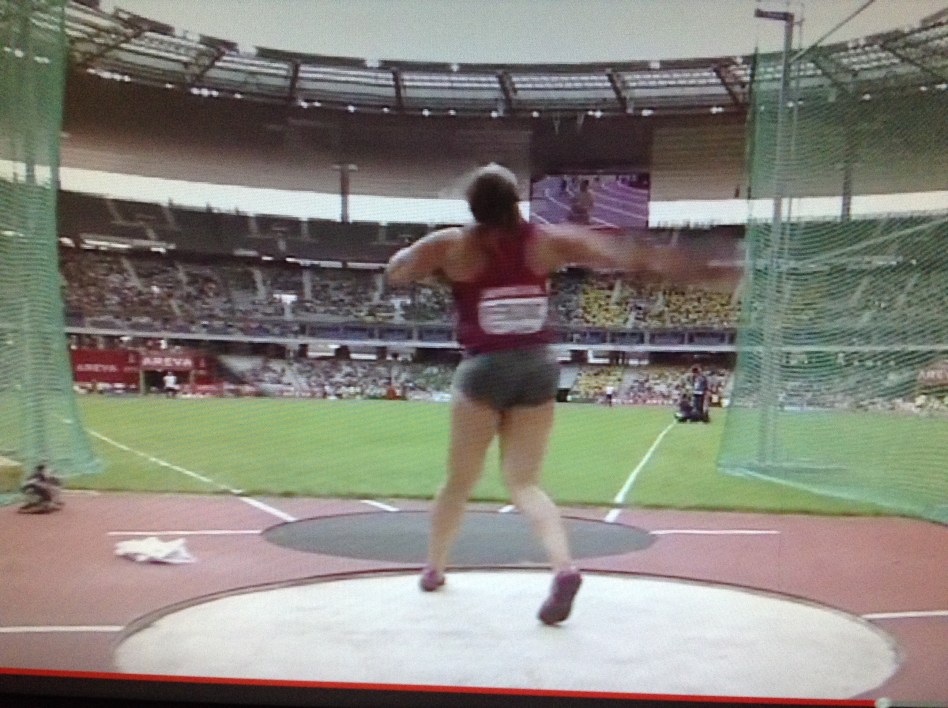 The question facing those of us who coach young throwers is essentially how best to get them to that strong, tall, balanced finish so beautifully demonstrated by Perkovic.

And grappling with that challenge has lately caused me to question the efficacy of a long wind for young throwers.

Here is one of my guys demonstrating what looks to me like a nice, loose, well-balanced wind: 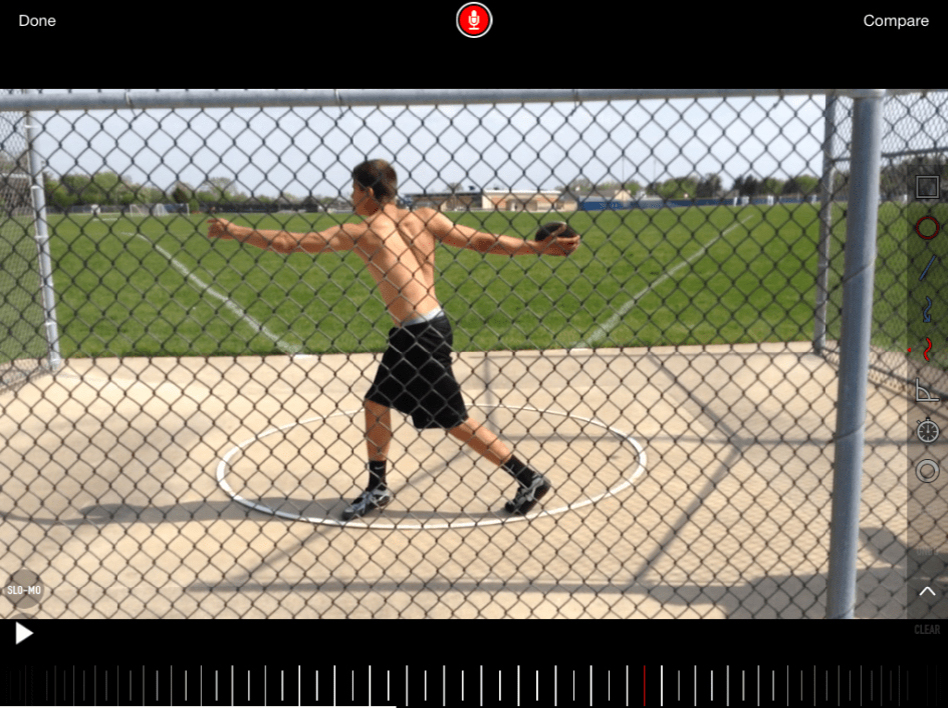 Here he is at the finish of that throw: 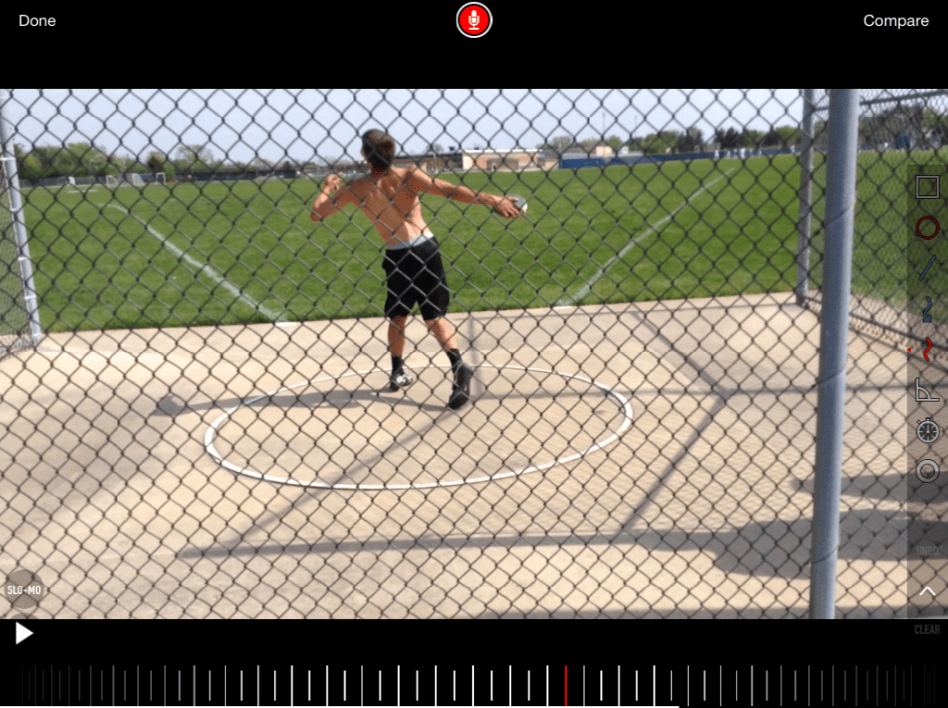 See the difference in posture between my guy and Perkovic?

Look at the angle of the spine. My guy is tilted to the left.

Look what that does to the angle of release. Sandra’s arm is at a 90-degree angle to her torso, and all of her power is being transferred to the discus.

In pulling to the left at release, my guy dissipates whatever force he has developed while running the ring, thus robbing himself of potential distance on the throw.

What does all this have to do with the wind?

In working on this matter with my throwers, I began to suspect that it might be helpful to reduce the throwing movement to its least complicated form.

That meant eliminating the windup and reverse.

Here are a couple of vids of my guys demonstrating what we’ve been up to:

To me, they both demonstrate solid, effective finishing positions here. And I know a lot happens between the wind (or the “no wind”) and the finish, but so far it seems that eliminating an active wind has helped these guys maintain balance and effective posture throughout the throw.

So can this start… 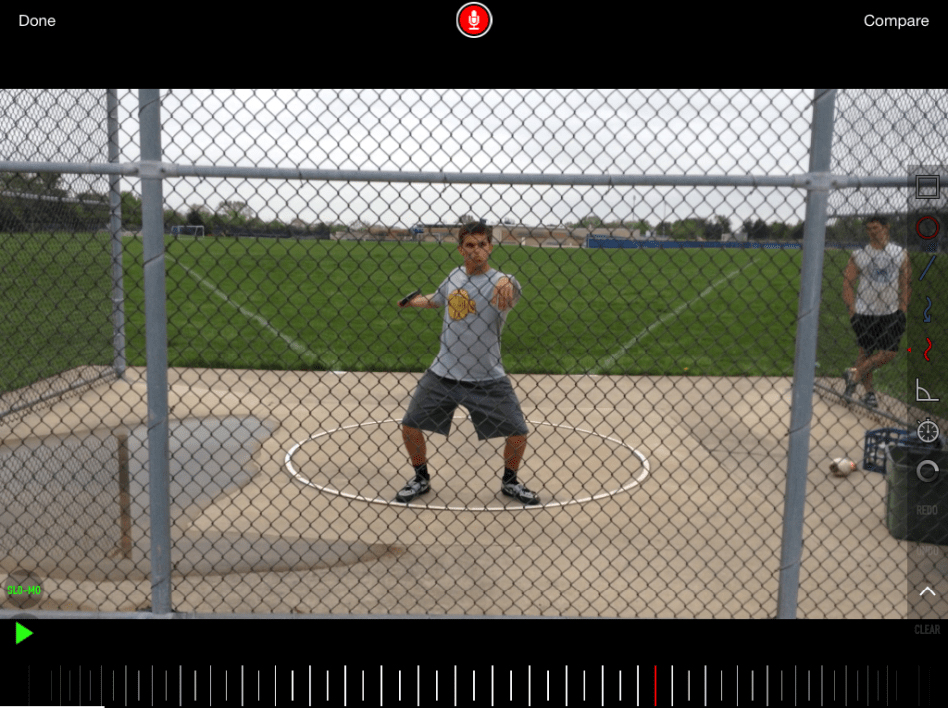 …make it more likely that a young thrower will hit this finish…? 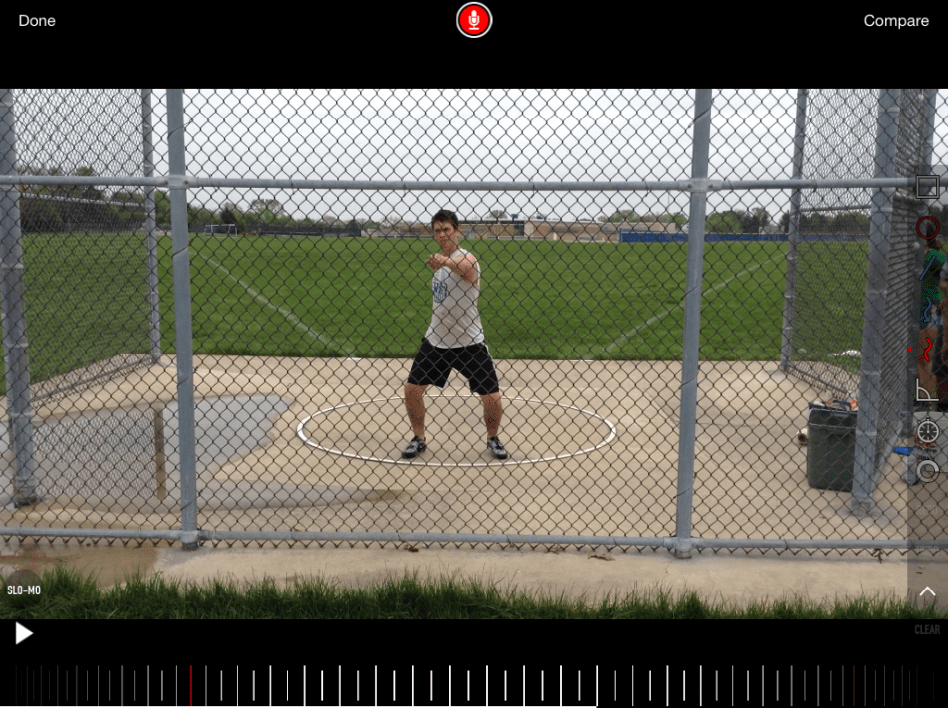 …help a thrower find this position…? 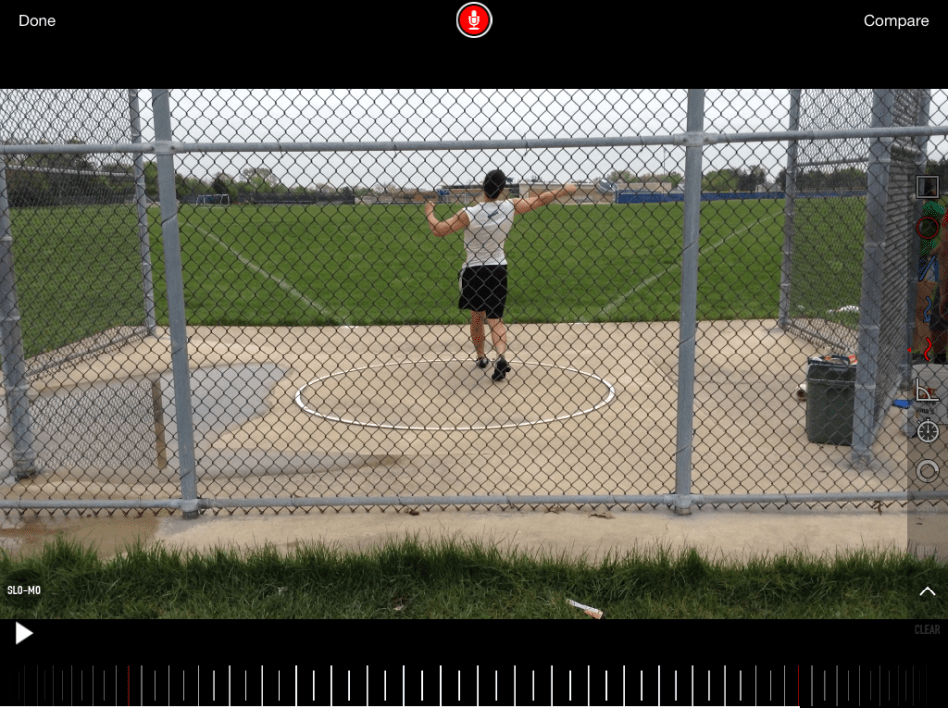 With the help of these hard-working young men (we took about twelve million throws yesterday) I am determined to find out.